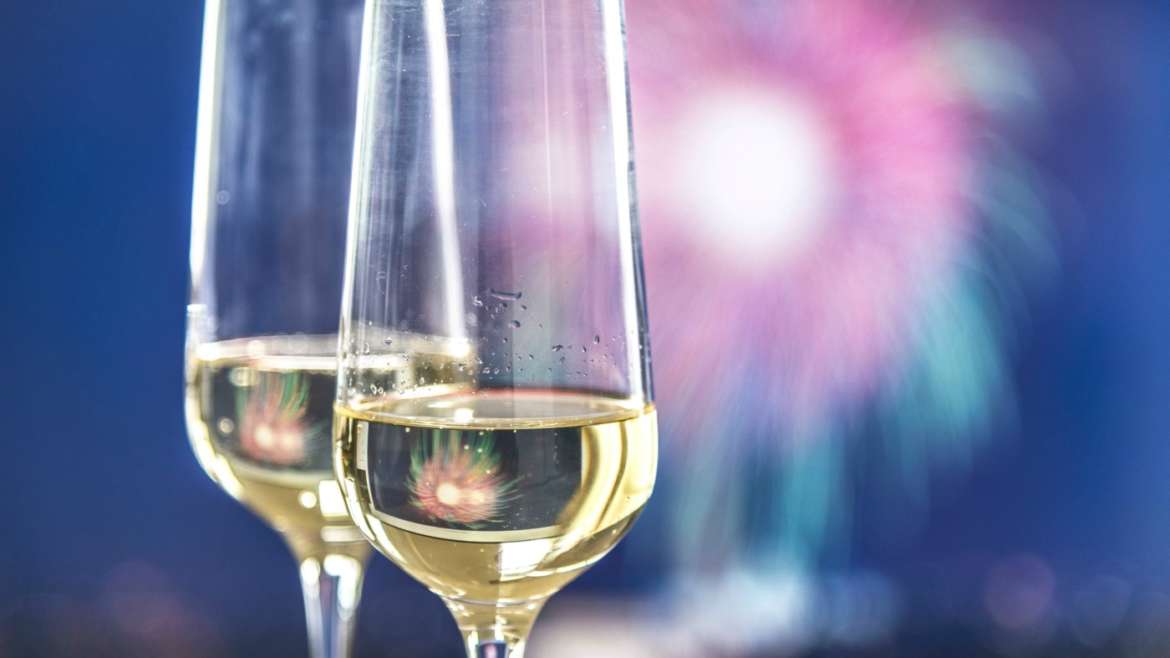 The History Behind Your New Year’s Eve Champagne Toast

Did you ring in the New Year with a glass of champagne? Don’t lie, we know the answer is likely yes! That’s because a New Year’s Eve champagne toast is a tradition that took place in homes, restaurants, and bars across the country. It commemorates the year past and rings in the new one. But, have you ever wondered where the wine tradition came from? I certainly did, so, I did some digging!

What I learned was surprisingly interesting and certainly gave me a new found respect for the journey of this custom.

To get to the bottom of why we toast with our champagne flutes, we have to go back 1500 years! The first time alcohol was recorded as being used to toast the New Year was during the reign of Julius Caesar. The alcohol that was used was even described as having a similar taste and texture to modern champagne. This continued as a religious event for the elite and wealthy to ring in the New Year. It was complete with a priest and church ceremony.

After the French Revolution, revolutionaries believed that wealth should be spread. The drink became then became more of a secular experience for the people. The secular masses regarded the wine as holy water, due to the science behind creating it.

Note: This is where wine traditions such as “christening a ship” with champagne came from instead of a priest and religious ceremony.

Champagne was always considered for the elite because it came with somewhat of a dangerous affair. There was always the risk of shattering the bottle it came in. It also had to utilize very specific grapes from the regions of Northern France. Additionally, the fermentation process for champagne is unlike any other alcoholic beverage. Because of this, even after it became part of the nonreligious New Year’s wine tradition, it still was hard to come by. It wasn’t until the 1800s that champagne became more widely available to the masses.

By the end of the 19th century, a New Year’s Eve champagne toast was a standard in America. This was in large due to a luxury New York cafe called Café Martin. Café Martin was owned by two French brothers who were connoisseurs of champagne. Their menu offered 69 varieties of champagne alone, all imported from France. Subsequently, their restaurant became the place to show off your status. It was also the place to be on New Year’s Eve as they hosted the largest New Year’s Eve party in New York! As you can imagine, these parties were the most profitable day for the cafe. It saw the brothers serving hundreds of glasses of champagne that night…including one specifically served for the New Years toast.

In the U.S. Café Martin is credited as being the reason why Americans toast with champagne to ring in the New Year. The influence of the cafe was so absolute, it even directed the way champagne was marketed. This only further increased its use as the go-to New Years wine. The wine tradition is now a mainstream staple to any New Year’s Eve party.

By no means, are you required to sip on bubbly for your New Years celebration! However, this history can help you understand how the tradition came to be. If anything, you can use it to make a totally awesome New Year’s Eve champagne toast that will impress your guests!

Cheers to a year filled with friends, family, and great wine!

How To Pair Wine With Greek Cuisine 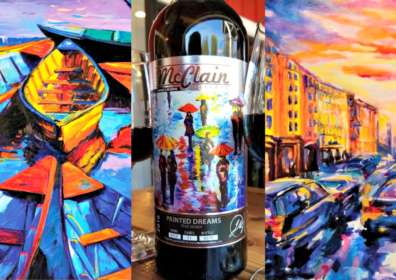 How to Host Your Own Epic Wine and Paint Party