All About Grenache Wine

Grenache may not have the prestige of a Pinot Noir or Cabernet, but it’s a versatile sweet wine with a sweet, dry flavor, that can be available in many varieties and round out a wide variety of meals. It’s great for enjoying a barbecue with friends, but Grenache wine also makes a great choice for your next dinner party.

There are so many reasons to love Grenache wine but first, let’s get the basics out of the way!

What Is Grenache Wine?

Grenache is a red wine grape grown in France, Spain, Australia, and the US. It’s one of the most versatile grapes in the world. It also makes some of the most widely-distributed wines. It is especially popular in Spain, where it is one of the country’s flagship varieties of grape.

Where Does It Come From?

In Spain, Grenache is known as Garnacha, and on the island of Sardinia, it has been known for centuries as Cannonau. The popular myth is that the grape originated on the island, and was then brought to Spain by the Aragonese during the occupation. That means it’s been around since the 14th Century!

In France, Grenache is planted most widely in the southern Rhone Valley, and throughout Provence. In Spain, it is one of the most widely planted grapes and can be found almost everywhere. It was also one of the first wines introduced to Austrialia, in the 18th century.

Grenache is Coming Back

Despite being as widely available and immensely popular in a variety of wines as it is, the production of Grenache wine has fallen since the 1970s. High-yield grapevines like Grenache have suffered from over-production for cheaper, low-quality wines. Currently, these grapes are still grown throughout France and Spain but are available in only one vineyard in the US. They’re popular in Australia, but also grown in South Africa since the 18th century, and more recently, China.

Grenache wine is a dry, sweet red wine, that is also used in some rose wines. It is grown in hot climates, meaning that it has a medium-high alcohol content. The tannin and acidity levels are medium. Oftentimes, it has a woodsy, oaky flavor. The fruit profile tends toward dark red, black cherries, and raspberry. Fun fact, it also plays a role in some Spanish Rose wines, and can have a sweeter, or tarter strawberry flavor. Other flavors include anise, citrus rind, cinnamon, and even tobacco.

In the glass, it is a sweeter wine, often tasting like candied fruit. It makes a great dessert wine or a wonderful port. The Grenache grapes grown in Spain and France can often have herbal notes of oregano and tobacco.

Grenache is a versatile wine that pairs with a variety of dishes. Duck, lamb, and turkey are a great choice. In Australia, many people find a lighter, fruitier Grenache pairs well with seasonable barbecue. It’s also great for milder spiced curries and other spicy dishes, or honey-roasted and sweetened vegetable dishes.

If you’re preparing a wine tasting, Grenache pairs well with a variety of cheeses, thanks to it’s sweet fruit profile and medium tannins. Goat’s milk cheese is a great choice, but so is feta, as long as it’s not too crumbly. Any creamier, softer cheeses make a great pairing with this wine. 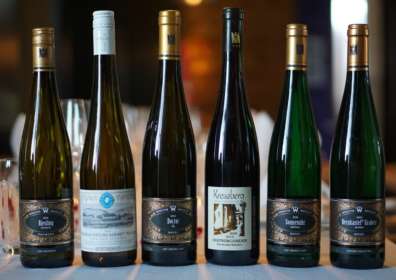 How to Easily Read a Wine Label for Beginners 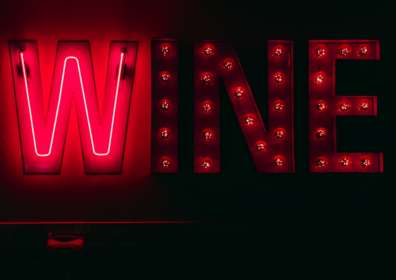